Established in 2020 as an institutional successor to numerous philanthropic activities made by ICTC and by the Director Owners of the ICTC Group on a personal basis in the last decades, ICTC Ram Rukmani Charitable Private Trust (IRRT) is a charitable private trust, with a focus on providing support to the poor, weak, and underprivileged; physically and mentally challenged (Disabled); old aged destitute; orphans; underprivileged girl children; scheduled castes, backward classes such as Dalits who are very poor; Victims of domestic abuse and violence especially women and children; and Victims of terminal illness who cannot afford the most basic healthcare. 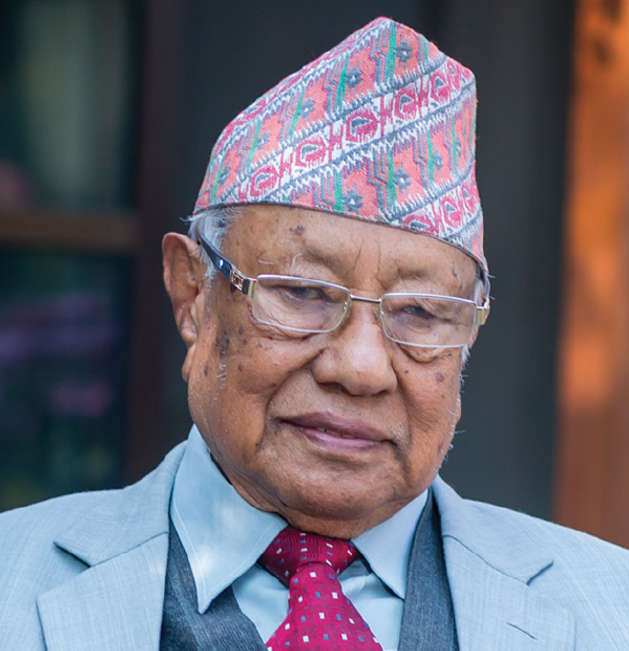 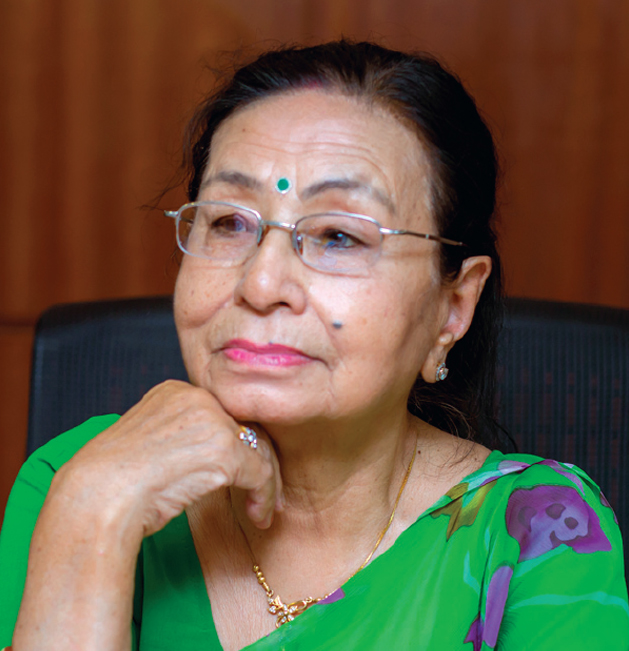 The trust is named in honor of the founder of the ICTC Group of Companies, Mr. Ram Lal Shrestha, and his spouse Mrs. Rukmani Devi Shrestha.

Mr. Ram Lal Shrestha successfully led and steered the company from a small stationery shop to what it now stands today as one of the largest business houses in Nepal.

Mr. Ram Lal Shrestha is doing many charitable works in Kathmandu and Bara Districts (V.D.C Bhodah & Dakah) which among others include construction of hundred of toilets for the poor families, temples, schools, etc, distribution of sanitary pads, warm clothes during winter, mosquito nets during summer for hundred of deprived families every year.

The ICTC Group firmly believes that CSR is as important a part as is the business growth, and thus the establishment of ICTC Ram Rukmani Charitable Private Trust is an important step to institutionalize CSR activities from the Group companies/owners/directors. IRRT has active participation from the owners/directors of the various ICTC Group of Companies.

While the initial years shall be focused within the Kathmandu Valley, the IRRT activities will span several outside localities in the years to come.

IRRT mainly operates in these sectors (listed in sequential order of priority):

ICTC Group of companies has been implementing CSR activities. Some of the recent ones are:

1.1. Assistance to the extremely poor who want to study but have absolutely no resources to pay for even basic school education

1.2. Hard working and talented students can be supported for higher education also

1.3. Priority will be given to vocational education, which develops skills for higher-paying employment.

1.4. Priority to the girl child education

1.5. Healthy mid-day meals, which encourage parents of very poor students to send their children to school.

1.7. Skill development for women for gainful employment such as sewing, basket weaving, etc.

1.9. Stipend to student graduates who volunteer as temporary teachers in needy schools under “Teach for Nepal” or other similar programs.

1.11. To propagate and try to include in-school syllabus the two important phrases: “WORK IS WORSHIP” & “DIGNITY OF LABOR” which will help in producing highly industrious workforce in future.

2.1. Medical assistance to the very poor who risk the loss of life if he/she cannot avail immediate medical care

2.2. Assistance to very poor who are suffering from a terminal illness and have no means of their own to avail even basic medical care.

2.3. Assistance of any sort to health posts or clinics in remote rural areas inhabited by poor people.

2.5. Assistance to resource-constrained programs for the care of patients suffering from “social taboo” communicable diseases such as HIV/ AIDS, leprosy, etc.

2.7. Incentives and prizes to journalists/ writers who write on health and sanitary awareness in poor localities.

Assistance to people suffering from abject poverty i.e. people who do not have the resources to basic necessities like even a meal a day to stay alive, and/or even one pair of simple clothes to cover their bodies or a roof over their heads (i.e, Roti, Kapada, Makaan)

4. Other areas of assistance to

5. Social Awareness Programs to raise awareness and/or prevent social evils such as:

Assistance to society and government (as the case may be) during natural calamities such as earthquakes, floods, landslides, etc.

Reward one or two prominent persons who work for the preservation and promotion of Music, Art, culture, religion, heritage, and Literature

Reward one or two prominent persons who work for the promotion of awareness of sustainable development in renewable energy (hydro, solar, wind), tourism, and agricultural development sectors

to deserving resources constrained poor entrepreneurs who have no other source of funding including banks.

For the August 2008 Flood Affected People In August 2008, Nepal witnessed a massive flooding disaster that breached the barrages, destroyed highways, tracks, agriculture, homes, and livelihoods directly affecting more than 30,000 people in Nepal. This was very traumatic for all the affected people in Eastern and Western Nepal. The ICTC group of companies assisted the Prime Ministers Disaster Relief Fund specially set up to help out the people affected by the flood and for rehabilitation and development activities in the affected areas. The ICTC group of companies was one of the biggest contributors to the fund.

Annual Charity Golf Tournament Nepal’s mountainous terrain aka ‘vertical terrain’ compounded by subsistence living is primarily responsible for the disproportionate number of head and spinal injuries, and dedicated centers and affordability for head and spinal injuries treatment/ rehabilitation are a rarity in Nepal. SIRC (a not-for-profit organization) was thus established in April 2002 to help spinal injury patients regain a degree of normalcy through physiotherapy, occupational therapy, counseling, and related services. Since 2007, through charity tournaments such as Annual Charity Golf Tournaments, ICTC has been supporting SIRC’s noble efforts to provide free rehabilitation services to patients unable to afford necessary care. The proceeds of assistance are used for strengthening the rehab center.

Support to the Blind

ICTC sponsored “Braille Calendar” for the Nepalese Association of the Blind in the year 2007.

Nepal’s poor health services to its citizens are double compounded by poverty and the difficult terrain. This necessitates frequent free health camps to the poor people with inaccessibility. ICTC Group has therefore decided to sponsor various health camps as may be possible. ICTC recently sponsored a dental hygiene camp in Easter Nepal.

We sponsor and participate in a lot of events with various causes. DHL - Six a side Corporate Tournament was the highlight of the year (2008) in which we secured the second position amongst 30 contestants (companies). We also hold inter-group companies’ tournaments to enhance ties between the group bindings at various levels and between the employees and stakeholders of the affiliate companies.